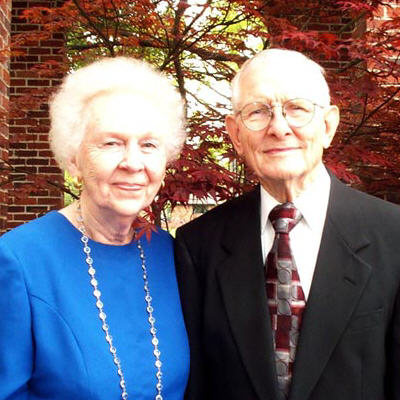 Shortly after I had gone from the seminary to my first pastorate in 1948, Louise invited my wife, Anna Marie, and me to have Sunday dinner with her family.  She has been one of our dearest friends ever since. Recently, during one of the many visits we have had since then she said to me “My brother hates God because God made him gay, and he knows he is going to hell, and I do, too, for that is what the Bible says.”  At that time I had only some suppositions - quite negative - about homosexuality and had never thought it needed study.  But her words made me want to know as much as I could learn.

When I began reading I soon realized things about myself I now deplore: I was ignorant of the many facts about homosexuality and what the Bible says about it.  Yet, without facts, I had pre-judged it; I was prejudiced.  With little thought I had read into the Bible what I presumed it ought to say instead of reading out of it what it did say.  My idea of not needing to study the subject was pure anti-intellectualism.  I am now grateful to God that He led me to study.

I read some two score books, most by eminent sociologists, psychologists and theologians.  Then I wrote this letter to Louise, reflecting what I have come to believe is the truth about homosexuality, what the Bible says and what God wants us to think and do about it.

Now I want others to study seriously this matter of such importance to many lives and many churches and denominations.  I asked for and received Louise’s permission to share her letter with others.  I pray it may be helpful.